Scottish rising star returns to Michelin Clio Cup Series with new title sponsor William Waugh Edinburgh Ltd – but the same objective of being crowned Champion.
• Pearson retains the backing of championship stalwarts Westbourne Motorsport and heads to the 1.85-mile Silverstone International circuit among the favourites for victory.
• Qualifying begins the weekend’s action at 15:15 on Saturday, with both races on Sunday at 11:50 and 15:50 respectively.

Pearson – who returns to the championship for a second season with the backing of a new title sponsors William Waugh Edinburgh Ltd and a new livery to match – journeys to the 1.85-mile International circuit off the back of a thorough, successful winter testing programme with the Worthing-based outfit.

The Scottish rising star is among the favourites at the season-opening double-header after a storming rookie season in which he claimed five podium finishes, two pole positions and a quartet of fastest laps and just missed out on a first race win en route to fourth overall in the standings.

“First thing’s first – I cannot wait to get back out there. It’s been a long winter but far from quiet! A lot of effort and commitment from everyone – as always – has gone into getting me out for this season and I can’t thank them enough,” said Pearson.

“William Waugh Edinburgh Ltd. and the rest of my loyal sponsors, my family and Westbourne Motorsport have been instrumental.

“My ultimate aim for this season has been made clear since the end of last year – to win the title and in my second year in the Michelin Clio Cup Series, I feel it’s an incredibly realistic ambition.

“We ran a thorough testing programme during the winter, which went well, and off the back of it I have to say I feel the strongest I’ve ever been as a driver, which is a good place to be in going into the season ahead.

“Now all we need is for all the ingredients to come together and I have every faith that they will. With the car that Westbourne Motorsport and Rentec Autocare meticulously prepare for me, I know I am in the best place possible.”

In 2019, the calendar once again comprises several of the UK’s best-renowned and most challenging circuits, as well as a first overseas trip to Zandvoort in the summer months. 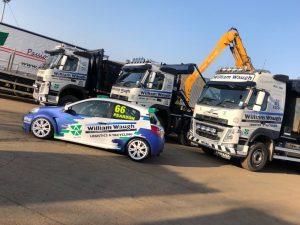 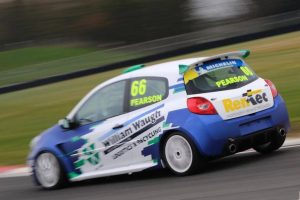